A therapeutic antibody developed by scientists at University College London has been shown to unblock and normalize blood vessels inside cancerous tumors, enabling the more effective delivery of targeted cancer treatments.

The findings in mice, published in the journal MED, are the first to demonstrate that inhibiting the activity of LRG1, a protein produced in many tumorous tissues, liberates disorganized angiogenesis (blood vessel formation) — a leading cause of morbidity in numerous diseases including cancer.

Researchers say the novel drug offers the potential to achieve a far better outcome in patients who respond poorly to current standard of care for cancers, including those of the breast, colon, bladder, prostate, and lung.

Furthermore, researchers also found the antibody significantly enhanced the ability of immunotherapies to reduce solid tumors, including cancers resistant to immune checkpoint inhibitors* and CAR T-cell** therapy, something that clinicians and scientists have struggled to overcome.

Explaining the study, co-lead author, Professor John Greenwood (UCL Institute of Ophthalmology) said: “Cancers need a blood supply to grow, but when new vessels form inside a tumor they are typically abnormal, resulting in compromised oxygen delivery that may render the tumor more aggressive.

“This impaired blood supply also limits the delivery of therapies reducing their effectiveness and contributing to treatment resistance. We asked whether blocking the activity of a novel molecule that damages blood vessels, namely LRG1, would allow vessels to grow more normally thus reducing tumor expansion and, most importantly, enhancing the delivery and efficacy of other drugs.”

For the study, a UCL-developed LRG1-blocking antibody was administered to tumor-bearing mice in the presence and absence of various cancer therapeutics, simulating similar treatment courses as found in humans.

In the models of cancer examined, the antibody, when used alone (monotherapy), significantly improved blood flow and oxygenation and reduced tumor growth rates. When combined with chemotherapy, or new immunotherapies which have shown less utility in solid tumors, such as carcinomas and glioblastomas, there was an increase in immune cell infiltration and tumor cell killing activity inside the tumor compared to monotherapy.

“Our results provide direct evidence that blocking the LRG1 protein, which is produced at high levels in tumors, normalises the vasculature and enhances the current sub-optimal effectiveness of immunotherapies, including checkpoint inhibition and CAR-T cell therapy, in solid cancers.

“This opens up the potential to achieve a far better result in many cancer patients who respond poorly to current standard of care.”

Discovering the role of LRG1 in eye disease

In 2008, the same research team based at the UCL Institute of Ophthalmology discovered LRG1 was a potent stimulator of abnormal angiogenesis in the human eye, and contributes to vascular problems associated with conditions such as diabetic retinopathy and wet age-related macular degeneration (AMD). This discovery was published in the journal Nature in 2013 and led to the development of a therapeutic antibody targeting LRG1 for the treatment of eye diseases, which was successfully trialed in mice.

For this latest study, the researchers used the same therapeutic antibody to see if it would block LRG1 and normalize angiogenesis in cancerous tumors and whether this improves the effectiveness of various current sub-optimal cancer treatments.

The research team have developed a human version of the LRG1-blocking antibody, named Magacizumab, that is ready to progress to clinical trials in patients with cancer and eye disease.

With support from UCL Business and the UCL Technology Fund, a spin-out company called PanAngium Therapeutics, has been created to accelerate future clinical developments of the drug.

This research was supported by funding from Wellcome, the Medical Research Council and the British Heart Foundation.

* Checkpoint inhibitors are a type of immunotherapy that stops cancer cells from ‘switching off’ the body’s immune response. While effective in some, not all patients respond to treatment.

**In CAR T therapy, immune cells (T-cells) are genetically engineered to contain a molecule called a chimeric antigen receptor (CAR) on their surface which can specifically recognize cancerous cells. While effective in some, not all patients respond to treatment. 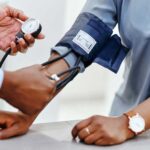 Can Hydroxyzine Lower Your Blood Pressure? 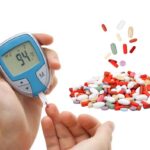 How Exposure to Estrogen Reduces Risk 0f Dementia In Women