Natrise tablet is a brand of Tolvaptan a prescription medicine used to treat hyponatremia (low levels of sodium in the blood) in people who have heart failure (a condition in which the heart cannot pump enough blood to all parts of the body), syndrome of inappropriate antidiuretic hormone (SIADH; a condition in which the body produces too much of a certain natural substance that causes the body to retain water) or other conditions. Natrise tablet is manufactured by Sun Pharmaceutical Industries Ltd.

Natrise Tablet (Tolvaptan) is in a class of medications called vasopressin V2 receptor antagonists. It works by increasing the amount of water released from the body as urine. Removing fluid from the body helps to increase the level of sodium in the blood. This increases urine production, decreases blood water content, and raises blood sodium levels.

How should I take Natrise?

Natrise comes as a tablet to take by mouth. It is usually taken once a day with or without food for no longer than 30 days. At the beginning of your treatment, you will be given Natrise tablet at a regularly scheduled time in the hospital. If you are told to take Natrise tablet at home after you are discharged, you should take it at around the same time every day.

Follow the directions on your prescription label carefully, and ask your doctor or pharmacist to explain any part you do not understand. Take Natrise tablet exactly as directed. Do not take more or less of it or take it more often than prescribed by your doctor.

Your doctor will probably start you on a low dose of Natrise tablet and gradually increase your dose, not more often than once every 24 hours.

Talk to your doctor about what you should do after you stop taking Natrise tablet. You will probably need to limit the amount of fluid you drink, and your doctor will monitor you carefully during this time.

What will happen if I take an excess of Natrise Tablet?

For how long do I need to take a Natrise Tablet?

Natrise Tablet is used to lower sodium levels in the blood. Natrise Tablet should not be taken for more than 30 days, even if the doctor has prescribed the dose and duration. After consulting with a doctor, it is possible to discontinue the treatment once the sodium levels have returned to normal.

Does Natrise Tablet affect the sugar levels in the blood?

Who should not take Natrise Tablet?

What are the side effects of Natrise tablet?

Natrise tablets may cause side effects. Tell your doctor if any of these symptoms are severe or do not go away:

Some side effects can be serious. If you experience any of these symptoms, call your doctor immediately:

Natrise tablets may cause other side effects. Call your doctor if you have any unusual problems while taking this medication.

What drugs can interact with Natrise tablet?

Drug interactions may change how your medications work or increase your risk for serious side effects. This document does not contain all possible drug interactions. Keep a list of all the products you use (including prescription/nonprescription drugs and herbal products) and share it with your doctor and pharmacist. Do not start, stop, or change the dosage of any medicines without your doctor’s approval.

A product that may interact with this drug is: desmopressin.

Other medications can affect the removal of Natrise tablet from your body, which may affect how Natrise tablet works. Examples include azole antifungals (such as ketoconazole, itraconazole), boceprevir, cobicistat, HIV protease inhibitors (such as lopinavir, ritonavir), macrolide antibiotics (such as clarithromycin, erythromycin), ribociclib, rifamycins (such as rifabutin, rifampin), St. John’s wort, drugs used to treat seizures (such as carbamazepine, phenytoin), telaprevir, among others.

Can I have grapefruit juice while taking Natrise Tablet? 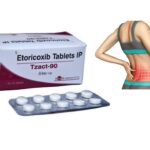 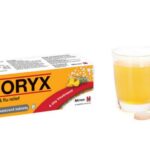 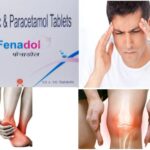 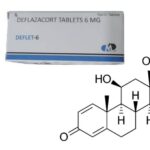