Counterfeit pills purchased on the streets, online, or through social media websites pose a serious public health and safety hazard.  These pills may contain the wrong ingredients, contain too little, too much, or no active ingredient at all, or contain other, potentially life-threatening hidden ingredients, such as fentanyl or methamphetamine.

DEA has consistently urged the public to obtain prescription drugs only from state-licensed pharmacies that are located in the United States, where the U.S. Food and Drug Administration and state authorities can assure the quality of drug manufacturing, packaging, distribution, and labeling. “Counterfeit pills are extremely dangerous, as they often contain toxic or illicit ingredients such as fentanyl, increasing the likelihood of an overdose.

Many popular prescription drugs are being counterfeited and distributed to consumers through online pharmacies, mail-order services, and cross-border purchasing. These look-alike medications pose significant health risks, as key ingredients may be absent, diluted, or poisonous.

According to reports, thousands of Americans cross the border every year in order to save a great deal of money buying prescription drugs. This is a major industry, and sales to foreigners account for a significant part of the more than 11 billion U.S. dollars worth of pharmaceutical products sold last year.

From Mexican diet pills to Mexican Xanax, from Mexican abortion pills to Mexican Viagra the demand for Mexican pills is surging. Despite these numbers, however, too many Americans have little or no information about purchasing genuine prescription drugs in Mexico.

According to a report by the Mexican newspaper La Jornada, Mexico’s most dangerous drug cartel has found another way to enrich its pockets by producing fake prescription drugs and forcing pharmacies to sell them to unsuspecting people.

Based on a sampling of tablets seized nationwide between January and March 2019, DEA found that 27 percent contained potentially lethal doses of fentanyl.

These cartels are capitalizing on the high cost of medicines in the US as well as the opioid epidemic and prescription drug abuse to unleash mayhem. Drug trafficking organizations are now sending counterfeit pills made with fentanyl in bulk to the United States for distribution. 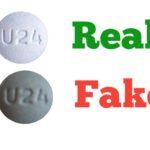 How to Spot Fake U24 Pills 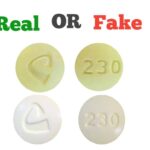 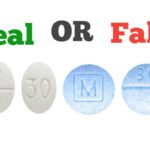 Adco-Alzam: Uses, How it Works, Dosage, Side Effects, Price