Castor oil is a vegetable oil produced by cold pressing ripe seeds of castor beans. It is a colorless or pale yellow liquid with a distinct taste and odor. It includes a mixture of triglycerides in which about 90% of fatty acids are ricinoleates. Oleic acid and linoleic acid are the other significant components.

Unlike the seeds, castor oil does not contain the deadly poison ricin. Castor oil is mostly known for its strong laxative effect. In pregnancy, it is used to induce labor where 93% of US midwives reported using castor oil for labor induction.

What is the castor oil dosage for inducing labor?

There’s no established dosage for taking castor oil to induce labor. In fact, experts don’t agree on whether it’s safe to take castor oil for labor induction at all.

Studies of castor oil for labor induction typically involve taking a one-time dose of 60 milliliters (ml) – about 4 tablespoons – at 40 or 41 weeks of pregnancy. The castor oil is usually mixed with another liquid such as juice to mask the bad taste. It’s generally recommended to take castor oil on an empty stomach.

How Long After Taking Castor Oil Did Labor Start?

Studies reveal that pregnant women who take castor oil have an increased likelihood of initiation of labor within 24 hours compared to women who receive no treatment. But it generally takes anywhere from two to six hours for castor oil’s effects to begin, and the effects can last from one to six hours. It can take from 5-24 hours for labor to begin if it’s going to, although labor does not start for approximately 43% of women who use it.

A prospective cohort study was conducted on 103 pregnant women with intact membranes at 40 to 42 weeks gestational age. Women were assigned to receive a single oral dose of castor oil (60 mL) or no treatment. Groups were compared for the onset of labor in 24 hours, method of delivery, presence of meconium-stained amniotic fluid, Apgar score, and birth weight.

Following administration of castor oil, 30 of 52 women (57.7%) began active labor compared to 2 of 48 (4.2%) receiving no treatment. When castor oil was successful at initiating delivery, 83.3% (25/30) of the women delivered vaginally. Castor oil appears to work on the uterus by producing hyperemia in the intestinal tract, which causes a reflex stimulation of the uterus. Castor oil may also increase prostaglandin production, which stimulates uterine activity.

However, a larger study on the subject matter reported that involved 612 women whose pregnancies lasted longer than 40 weeks, reported that the time to birth was not significantly different between those who took the castor oil and those who did not.

According to the University of Texas Southwestern Medical Center, castor oil will likely cause uterine contractions and irritation. Although these may appear to be labor contractions, they are more likely the result of digestive distress than actual labor.

What are the risks of taking castor oil to induce labor?

There are certain risks associated with using castor oil for inducing labor because there’s no way to target castor oil so it induces labor without affecting the intestines. That means taking a dose can lead to some real tummy turmoil: diarrhea, an upset stomach, and cramping. In fact, in a 2013 study, every single woman who took a dose of castor oil to induce labor felt nauseated afterward.

Since diarrhea and vomiting can lead to dehydration, it’s important to be ready to drink lots of water to replace that lost fluid. But even if you stay on top of your water intake, the stress of severe cramping can be dangerous for your baby, potentially making his heart rate increase — and making you feel even more uncomfortable than you already were.

In general, the side effects of castor oil can include:

Don’t take castor oil before bedtime because you may be up all night going to the bathroom with nausea or diarrhea. This article does not contain all possible side effects and others may occur. Check with your physician for additional information about side effects.

You may also find useful information on: Can I Use Castor Oil For Breast Enlargement? 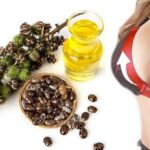 Can I Use Castor Oil For Breast Enlargement? 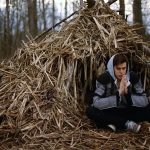 How Does Diazepam Make You Feel When You Start Taking It? 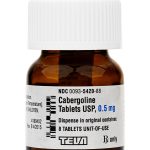 How Fast Does Cabergoline Start Working After You Take It? 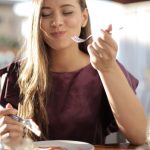 When Can I Start Eating After Magnesium Citrate?
<
Tags
How Long After Taking Castor Oil Did Labor Start

Can I Take Two 800 Mg Ibuprofen At Once?

How Long After Taking Ibuprofen Can You Drink Alcohol?