Drug overdose deaths in the U.S. increased dramatically over the last year, surpassing 100,000 for the first time — a tragedy driven largely by the rise in fentanyl.

Overdose deaths rose by nearly 29 percent to 100,306 in a 12-month time frame ending in April, and synthetic opioids, including fentanyl, accounted for around 75 percent of the deaths.

Nora Volkow, director of the National Institute on Drug Abuse, told The Guardian the emergency is an “epidemic within a pandemic,” noting how the rise exceeded expert expectations, which usually predict a rise in drug use in times of turmoil.

“But what we didn’t expect was that during that period, there will be a massive increase in the entry of these illicit substances into the country,” Volkow said.

“Fentanyl is an extraordinarily potent drug. It was manufactured specifically to be much more potent than morphine,” Volkow continued. “If someone is a drug dealer, they make much more money by selling fentanyl than by selling heroin or selling cocaine.”

Another point of concern is the influx of counterfeit pills surfacing on the black market that are designed to look like prescription drugs but are laced with potentially lethal doses of fentanyl.

“Counterfeit pills that contain these dangerous and extremely addictive drugs are more lethal and more accessible than ever before,” Milgram said in September. “In fact, DEA lab analyses reveal that two out of every five fake pills with fentanyl contain a potentially lethal dose.”

The agency said the fake pills are readily available on social media platforms and e-commerce websites. As of September, authorities had seized more than 9.5 million fake pills in 2021.

“Counterfeit pills are a big part of the story,” Daniel Ciccarone, professor of addiction medicine at the University of California, San Francisco, told The Guardian.

“There’s nothing that says it’s slowing down,” he said, adding, “They look for all the world like the real thing.”

Milgram told The Washington Post in September that the methods by which people are acquiring the fake medications has further altered the distribution process.

“The drug dealer isn’t just standing on a street corner anymore,” Milgram said. “It’s sitting in a pocket on your phone.”

President Biden said in a statement following the announcement last week that even amid a global pandemic, the U.S. “cannot overlook this epidemic of loss, which has touched families and communities across the country.”

“To all those families who have mourned a loved one and to all those people who are facing addiction or are in recovery: you are in our hearts, and you are not alone. Together, we will turn the tide on this epidemic,” Biden said.

This article first appeared in The Hill. 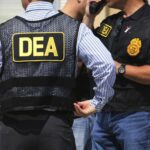 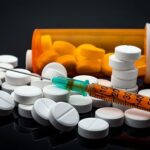 Over 100,000 Americans Died of Overdoses in 1 Year
<
Tags
How Fentanyl Became an American Crisis