In general, side effects are common with almost any medication. What’s less common are side effects that can complicate your recovery from the very condition you’re looking to treat. Case in point: medications that can cause weight gain.

Research suggests a growing number of people take drugs that cause weight gain — most notably, for conditions that are exacerbated by excess weight. Drawing on data from the 2017-2018 National Health and Nutrition Examination Survey (NHANES), a recent study published in Obesity found that 1 in 5 U.S. adults take at least one medication that causes weight gain.

As side effects go, weight gain may not seem like a big deal, especially if you’re treating a life-threatening condition. But in less serious scenarios, the added weight can compromise your overall health. People with obesity are at increased risk for many serious diseases and health conditions, including heart disease, stroke, and death, according to the Centers for Disease Control and Prevention (CDC). Even modest weight gain — we’re talking five to 20 pounds — can have negative health effects, one study shows.

Effexor is a brand of venlafaxine, a medication used to treat depression. Venlafaxine extended-release (long-acting) capsules are also used to treat generalized anxiety disorder (GAD; excessive worrying that is difficult to control), social anxiety disorder (extreme fear of interacting with others or performing in front of others that interferes with normal life), and panic disorder (sudden, unexpected attacks of extreme fear and worry about these attacks).

Does Effexor Cause Weight Gain?

Effexor is more likely to cause weight loss than to make you gain weight. Studies reveal that more patients 3.5% treated with Effexor experienced weight loss during the clinical trial of the drug than weight gain. However, antidepressants such as Effexor may also cause fluid retention, especially if you are an older adult. Unexplained rapid weight gain may be the result of fluid retention. This leads to fluid swelling, also known as edema, which can cause your limbs, hands, feet, face, or abdomen to look swollen. Water levels can make a person’s weight fluctuate by as much as 2 to 4 pounds in a single day.

Beyond its weight-altering effects, Effexor can also cause mild or serious side effects. The following lists contain some of the key side effects that may occur while taking Effexor. These lists do not include all possible side effects.

For more information on the possible side effects of Effexor, talk with your doctor or pharmacist. They can give you tips on how to deal with any side effects that may be bothersome.

Note: The Food and Drug Association (FDA) tracks the side effects of drugs they have approved. If you would like to report to the FDA a side effect you’ve had with Effexor, you can do so through MedWatch.

The more common side effects of Effexor XR can include:

Other common side effects, explained in more detail below in “Side effect details,” include:

Serious side effects from Effexor XR aren’t common, but they can occur. Call your doctor right away if you have serious side effects. Call 911 if your symptoms feel life-threatening or if you think you’re having a medical emergency.

•          Serotonin syndrome (high levels of serotonin, a chemical in your brain). Symptoms can include:

•          Suicidal thoughts and behaviors in children and young adults.* See “Side effect details” below to learn more. 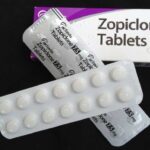 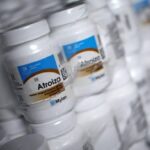 Does Atroiza Cause Weight Gain? 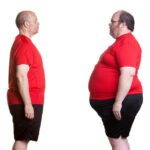 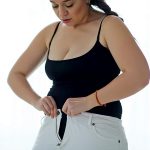 How To Tell If Effexor Is Working