Substance abuse refers to a pattern of harmful use of any substance for mood-altering purposes. “Substances” can include alcohol and other drugs (illegal or not) as well as some substances that are not drugs at all. Illicit drug use on the other hand strictly refers to the use of banned, illegal or prohibited substances including street drugs.

Substance abuse without treatment takes a heavy toll on a person’s health, family, and society. People abuse substances such as alcohol, tobacco, and other drugs for varied and complicated reasons, but it is clear that our society pays a significant cost. The toll for this abuse can be seen in our hospitals and emergency departments both through direct damage to health by substance abuse and its link to physical trauma. Jails and prisons tally daily the strong connection between crime and drug dependence and abuse. Although use of some drugs such as cocaine has declined in recent years, use of other drugs such as heroin, crystal methamphetamine, and “club drugs” has increased.

Finding effective treatment for and prevention of substance abuse and substance dependence, now both included under the diagnosis of substance use disorder, has been difficult. Through research, we now have a better understanding of this behavior. Studies have made it clear that drug education and prevention aimed at children and adolescents offers the best chance to curb drug abuse nationally.

Abused substances produce some form of intoxication that alters judgment, perception, attention, or physical control. Many substances can bring on withdrawal effects caused by cessation or reduction in the amount of the substance used. Withdrawal symptoms can range from mild anxiety to seizures and hallucinations. Drug overdose may also cause death.

Nearly all drugs of abuse can also produce a phenomenon known as tolerance, in which one must use a larger amount of the drug to produce the same level of intoxication. Commonly abused drugs include the following:

Inhalants: This group of substances includes solvents that emit vapors, causing intoxication when breathed in (inhaled). Individuals who abuse inhalants intentionally breathe in the vapors, either directly from a container, from a bag in which such a substance is in, or from a rag soaked with the substance and then placed over the mouth or nose. Inhalant intoxication happens quickly and doesn’t last long.

Abuse of inhalants is also called “huffing.” Approximately 58% of inhalant users report first using it by the end of ninth grade. Teens who started using inhalants before 15 years of age were up to six times more likely as those who had started later to develop dependence on these substances.

Symptoms of inhalant intoxication are very similar to those seen with intoxication with alcohol, including dizziness, clumsiness, slurred speech, elation, tiredness, slowed reflexes, thinking and movement, shaking, blurred vision, stupor or coma, and/or weakness. It can also result in chemical and temperature burns, as well as withdrawal symptoms, chronic mental illness, and even sudden death.

Long-term damage associated with inhalant use includes brain and nerve damage as well as heart, liver, or kidney failure.

The primary addicting substance in cigarettes is nicotine. But cigarette smoke contains thousands of other chemicals that also damage health both to the smoker and to those around them. Hazards include heart disease, lung cancer and emphysema, peptic ulcer disease, and stroke. Withdrawal symptoms of smoking include anxiety, hunger, sleep disturbances, and depression.

Smoking is responsible for nearly a half million deaths each year. Tobacco use costs the nation an estimated $100 billion a year, mainly in direct and indirect health-care costs.

Alcohol: Although many people have a drink as a “pick me up,” alcohol actually depresses the brain. Alcohol lessens your inhibitions, slurs speech, and decreases muscle control and coordination, and prolonged use may lead to alcoholism.

Withdrawal from alcohol can cause anxiety, irregular heartbeat, tremor, seizures, and hallucinations. In its severest form, withdrawal combined with malnutrition can lead to a life-threatening condition called delirium tremens (DTs). Alcohol abuse is the most common cause of liver failure in the U.S. The drug can cause heart enlargement and cancer of the esophagus, pancreas, and stomach.

In addition to its direct health effects, officials associate alcohol abuse with nearly half of all fatal motor-vehicle accidents. In 1992, the total economic cost of alcohol abuse was estimated at $150 billion.

Treatment for drug abuse or dependence

Specific treatment for drug abuse or dependence will be determined by your doctor based on:

A variety of treatment (or recovery) programs for substance abuse are available on an inpatient or outpatient basis. Programs considered are usually based on the type of substance abused. Detoxification (if needed, based on the substance abused) and long-term follow-up management or recovery-oriented systems of care are important features of successful treatment. Long-term follow-up management usually includes formalized group meetings and psychosocial support systems, as well as continued medical supervision. Individual and family psychotherapy are often recommended to address the issues that may have contributed to and resulted from the development of a substance abuse disorder. 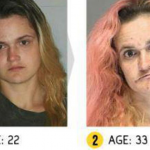 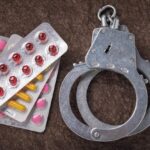 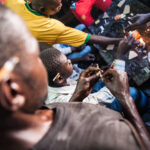 Can You Smoke Klonopin?