Some of the most colorful slang terms used for ecstasy (MDMA), based on the name of the drug, effects, and appearance, include:

Ecstasy is an illegally made stimulant drug that can cause hallucinations. It is known as a designer drug because it was created for the purpose of making someone feel high. The drug is popular with teens and young adults who go to clubs, concerts, or “rave” parties.

Ecstasy has become one of the most common illegal drugs sold on the streets. In the last few years, Ecstasy has sent many people to emergency rooms because of its dangerous side effects. While ecstasy was initially used primarily in nightclubs and raves, its use has now spread to a wider range of populations.

On average, less than one in three ecstasy pills purchased or produced in the U.S. is composed of pure MDMA. According to the DEA, law enforcement officials have also discovered 200 new compounds in drugs marketed as ecstasy.

MDMA is a Schedule I substance, which means that the U.S. Government has determined that it has no medical benefit and a high potential for abuse. Researchers, however, continue to investigate the possible medical benefits, for example, with patients that have post-traumatic stress disorder (PTSD) and terminal cancer patients with anxiety. However, patients in those studies are under strict medical supervision.

When we are stressed or under threat, the central nervous system readies us for physical activity and our bodies react in response. This may include the release of adrenalin and other stress hormones. Key functions like heart rate and blood pressure may increase, redirecting blood flow into the muscles and away from the gut.

Studies indicate that the dose of MDMA per pill ranged from 0 to 245 mg and users consumed from one-half to five pills, with the total dose consumed ranging up to 280 mg. Ecstasy is both a hallucinogenic and a stimulant drug. It makes users experience a rush of good feelings (a high) and makes feelings much more intense, whether they’re good or bad. The drug’s effects usually last up to 6 hours.

Ecstasy increases heart rate and can cause dry mouth, clenched teeth, blurred vision, chills, sweating, or nausea. It can make some users feel anxious, confused, and paranoid like someone is trying to hurt them or is plotting against them. Ecstasy may damage brain cells that are involved in thinking and memory.

If a person takes Ecstasy, his or her body can dangerously overheat during dancing or other physical activities, which can lead to muscle breakdown; kidney, liver, and heart damage; and even death. Ecstasy use can cause seizures, brain swelling, possible brain damage, and even death.

Types of Ecstasy and Color Codes

Ecstasy pills come in different colors and sometimes have cartoon-like images on them. Ecstasy pills usually contain 80-125 mg of MDMA, but can vary widely in strength and purity (from 0-180 mg of MDMA).

Research has shown that nearly two in three ecstasy pills that were peach-colored have contained no traces of MDMA, followed by roughly half of black and orange pills. Available data on ecstasy’s pill identifier indicates, off-white and gray pills were the most likely to contain the highest percentages of pure MDMA.

However, MDMA is sometimes mixed or replaced by synthetic cathinones, the chemicals in “bath salts”. Some MDMA pills, tablets, and capsules have also been found to contain caffeine, dextromethorphan (found in some cough syrups), amphetamines, PCP, or cocaine.

In recent times, analysis of ecstasy pills has also revealed that some contain fentanyl, a synthetic opioid that is 80-100 times stronger than morphine. Fentanyl is added to ecstasy to increase its potency. Many users believe that they are purchasing ecstasy and actually don’t know that they are purchasing fentanyl – which often results in overdose deaths.

Whether it is a blue dolphin pill or the ” Tesla” pills that are often blue or orange and come in the shape of a shield, identifying an ecstasy pill is not full proof that it won’t cause harm.  Chronic ecstasy use disrupts the normal production and transmission of serotonin in the brain, which can lead to life-threatening serotonin syndrome. If ecstasy is combined with an SSRI (selective serotonin reuptake inhibitor), a common form of antidepressant medication, the risk for severe serotonin syndrome is greatly increased, the International Journal of Adolescent Medicine and Health warns. Serotonin production can be extensively damaged by ecstasy abuse, and the reduction in this important brain chemical can take a significant amount of time to reverse after ecstasy use is stopped.

The journal Clinical Correlations reports that long-term ecstasy use can lead to significant cognitive issues, including difficulties with executive processing, problem-solving, logical reasoning, and emotional intelligence as well as overall mental dysfunction.

How Hard Is It to Quit Ecstasy?

Ecstasy is not known to be as addictive as other common drugs of abuse. So it may not be as difficult to quit as heroin or cocaine. That said, some people may have a hard time stopping Ecstasy use, especially if they have become dependent on the drug as a social lubricant or as a way to reduce inhibitions. It can seem much easier – despite the risks – to take Ecstasy to help combat these fears instead of facing them head-on.

And because Ecstasy is a “feel good” drug that causes feelings of euphoria and empathy, it can be difficult to imagine life without the pleasure associated with it.

What’s more, some people experience depressive symptoms when they stop using Ecstasy and may have a higher risk of experiencing suicidal ideation – especially if they are already prone to depression or other mental health problems.

The most effective current treatments for patients with an MDMA use disorder are cognitive-behavioral interventions that are designed to help modify the patient’s thinking, expectancies, and behaviors, and to increase skills in coping with life’s stressors. Recovery support groups may be effective in combination with behavioral interventions to support long-term recovery. 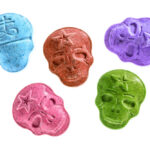 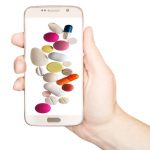 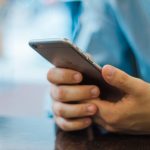