Throughout the 10,000 or so years that humans have been drinking fermented beverages, they’ve also been arguing about their merits and demerits. The debate still simmers today, with a lively back-and-forth over whether alcohol is good for you or bad for you.

It’s safe to say that alcohol is both a tonic and a poison. The difference lies mostly in the dose. Moderate drinking seems to be good for the heart and circulatory system and probably protects against type 2 diabetes and gallstones. Heavy drinking is a major cause of preventable death in most countries. In the U.S., alcohol is implicated in about half of fatal traffic accidents. Heavy drinking can damage the liver and heart, harm an unborn child, increase the chances of developing breast and some other cancers, contribute to depression and violence, and interfere with relationships.

Alcohol’s two-faced nature shouldn’t come as a surprise. The active ingredient in alcoholic beverages, a simple molecule called ethanol, affects the body in many different ways. It directly influences the stomach, brain, heart, gallbladder, and liver. It affects levels of lipids (cholesterol and triglycerides) and insulin in the blood, as well as inflammation and coagulation. It also alters mood, concentration, and coordination.

When Alcohol use becomes a big problem

Alcohol use becomes a big problem when you can no longer control how much you consume. Alcohol use disorder (AUD) is a medical condition characterized by an impaired ability to stop or control alcohol use despite adverse social, occupational, or health consequences. It encompasses the conditions that some people refer to as alcohol abuse, alcohol dependence, alcohol addiction, and the colloquial term, alcoholism. Considered a brain disorder, AUD can be mild, moderate, or severe. Lasting changes in the brain caused by alcohol misuse perpetuate AUD and make individuals vulnerable to relapse. The good news is that no matter how severe the problem may seem, evidence-based treatment with behavioral therapies, mutual-support groups, and/or medications can help people with AUD achieve and maintain recovery. According to a national survey, 14.1 million adults ages 18 and older1 (5.6 percent of this age group2) had AUD in 2019. Among youth, an estimated 414,000 adolescents ages 12–171 (1.7 percent of this age group2) had AUD during this timeframe.

Antabuse is not a cure for an alcohol use disorder. It is a medication that can help people control their drinking while they are adjusting to their new lifestyle in recovery.

What will happen if you drink alcohol while taking Antabuse?

When you consume even small amounts of alcohol while on Antabuse, the effect of the drug will kick in almost immediately (about 10 minutes after the alcohol enters the body). These effects include:

All these unwanted effects make alcohol consumption unpleasant while on this medication.

You should not drink any alcoholic beverages (including wine, beer, and medications that contain alcohol such as cough syrup) while taking Antabuse, during the 12-hour period before you take your first dose, and for several weeks after stopping the drug.

Avoid sauces, vinegar, and all foods and beverages containing alcohol. 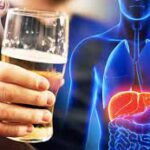 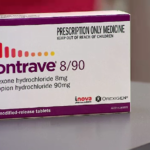 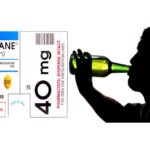 Can I Drink Alcohol While On Accutane? 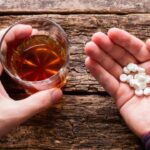 Can You Drink Alcohol With Gabapentin?
<
Tags
What will happen if you drink alcohol while taking Antabuse

Disulfiram (Antabuse): Uses, Dosage, Benefits, How it works, Side Effects