Drug interaction is one of the main subsets of medication errors that can cause various unwanted adverse reactions. The risk and severity of drug interactions depends on different factors including the number of prescribed medications, duration of treatment, patient’s age, and the stage of the disease

What are the types of drug interaction?

Drug interactions can be categorized into 3 major groups namely:

Drug-drug Interactions.Drug-drug interactions result when two or more drugs react with each other. Such drugs can be from a combination of prescription drugs and/or over-the-counter (OTC) medications. Drugs with a narrow therapeutic range (little difference between therapeutic and lethal dose) are more likely to face incidents of serious drug interactions.

For example: Taking digoxin with antibiotics like erythromycin or clarithromycin will increase the toxicity of digoxin because antibiotics affect the liver enzymes, causing digoxin to be metabolized (inactivated) slower. Similarly, the concurrent use of methotrexate and ibuprofen may result in increased methotrexate toxicity due to inhibition of kidney excretion by ibuprofen.

The effectiveness of drugs may be reduced in situations where the action of one drug diminishes the action of the other. Some antibiotics reduce the effectiveness of oral contraceptive pills by impairing the bacterial flora responsible for recycling the hormone from the gut. Also, drugs like charcoal or magnesium carbonate should preferably not be taken at the same time as other drugs as they may impair absorption.

Side effects of medications are intensified when drugs with the same effect are taken together. For instance, taking codeine (painkiller) with a cough syrup like procodin will increase the sedative effect. Aspirin, which is anti-platelet, increases the risk of bleeding when given together with warfarin, heparin or anti-depressants. There is also an increased risk of hepatotoxicity (liver damage) when isoniazid and paracetamol are used together.

Drug-food interactions.These interactions occur when drugs react with foods, dietary supplements or beverages (including alcohol). Some drugs may interfere with the body’s ability to absorb nutrients. In the same way, certain herbs and food can lessen or increase the impact of a drug.

Smoking and drinking habits can have an adverse effect on drugs. Consumption of alcoholic drinks while on the antibiotic metronidazole will cause skin flushing, nausea, headache, and palpitations. Alcohol enhances the hypoglycaemic effect of anti-diabetic medication, and the hypotensive effect of many blood pressure drugs. It is best to avoid alcohol while on medications.

The tobacco in cigarettes can also diminish the effectiveness of medications by increasing drug metabolism. Caffeine, which is found in tea, coffee, soft drinks and chocolate and some medications, can increase the risk of theophylline (a drug to treat asthma) toxicity.

Certain foods cause drug interactions. People on warfarin have to avoid eating large amounts of green leafy vegetables like broccoli, spinach and watercress because the high vitamin K content of these foods counters the effect of warfarin.

Grapefruit juice enhances the effect of drugs like simvastatin, nifedipine and ciclosporin, and its consumption should best be avoided. Dairy products which contain calcium reduce the absorption of biphosphonates, oral iron, levothyroxine and certain antibiotics e.g. ciprofloxacin and tetracycline.

As for herbal or dietary supplements, there are some reports of interaction between warfarin and herbs such as garlic, Danshen, Dong Quai, ginseng, and ginkgo. These herbs may augment or reduce the effect of warfarin.

Drug-disease interactions. Drug-condition interactions occur when a drug worsens or exacerbates an existing medical condition. For example, a nasal decongestant containing pseudoephedrine increases blood pressure and thus has to be avoided by people who are hypertensive (have high blood pressure).

Asthmatic patients should be careful when using/buying over-the-counter NSAIDs like ibuprofen as they may cause airway constriction. Always inform your doctor about your condition/disease before the doctor prescribes a new drug. Conditions that place patients at high risk for drug interactions include kidney or liver disease, diabetes, asthma, cardiac problems, epilepsy, high or low blood pressure. Drug-disease interactions are more common among the elderly, who tend to have more diseases.

​​How to avoid adverse effects from drug interactions?

Not all drug interactions are alike. Some are minor, with little impact on your health. Others are moderate and may require an adjustment to your drug regimen. Still others are more serious. Here is how to avoid the adverse effects from drug interactions:

Make sure all your healthcare providers know all the medicines you are taking, including prescriptions, over-the-counter medicines, dietary and herbal supplements and vitamins. Many of us go to more than one healthcare provider. Therefore, it’s important to keep all of them informed if you start a new medication. Keep a list of medicines you take to share with your health provider. At least once a year, bring all your medicines and supplements to your appointment. This can help you and your doctor talk about them and find out if there are potential interactions. It will also keep your records up to date, which can improve your quality of care.

Ask your healthcare provider or pharmacist the following questions before taking a new medication:

Use one pharmacy for all prescriptions so all your medications are recorded in one location, especially if you take medicines prescribed by different providers. Your pharmacy can crosscheck for potential interactions. For More Information: Read Difference Between Side Effects, Adverse Effects & Contraindications 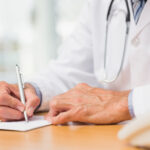 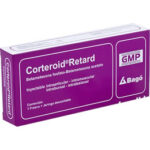 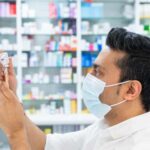 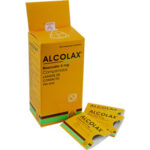 How To Avoid Mistakes When Giving Children Medication