Drug withdrawal is the group of symptoms that occur upon the abrupt discontinuation or decrease in the intake of pharmaceutical or recreational drugs. In order for the symptoms of withdrawal to occur, one must have first developed a form of drug dependence. This may occur as physical dependence, psychological dependence, or both. Drug dependence develops from consuming one or more substances over a period of time.

Nearly all addictive drugs directly or indirectly target the brain’s reward system by flooding the circuit with dopamine. Dopamine is a neurotransmitter present in regions of the brain that regulate movement, emotion, cognition, motivation, and reinforcement of rewarding behaviors. When activated at normal levels, this system rewards our natural behaviors. Overstimulating the system with drugs, however, produces effects that strongly reinforce the behavior of drug use, teaching the person to repeat it.

Depending on the type of withdrawal you experience, you may have symptoms that last from days to weeks, according to the National Institute on Drug Abuse (NIDA).

Xanax is a brand of alprazolam, a powerful benzodiazepine that is used to treat anxiety and panic disorders by decreasing abnormal excitement in the brain. The medication comes in the form of a tablet that quickly dissolves in the mouth, and extended-release tablet, or a concentrated oral solution. Benzodiazepines can have therapeutic anti-anxiety, anti-convulsant, muscle relaxing, and sedative effects.

However, many people use Xanax for nonmedical reasons taking it in larger doses or more frequently than prescribed because it can create a euphoric feeling, especially at higher doses. Xanax tends to start acting quickly after a person takes it, and the euphoric effects of the drug will usually manifest themselves within about an hour after taking it.

Why does Xanax withdrawal occur?

When someone regularly takes Xanax, their brain may begin to adjust to the presence of the drug. They may eventually become physiologically dependent on their substance of choice and utterly reliant on it to function and feel “normal.”

In people who develop significant levels of dependence, withdrawal is often an inevitable response to the sudden absence or declining blood concentration of Xanax. Withdrawal symptoms may develop when a Xanax-dependent person quits “cold turkey” or substantially reduces how much they are using. During withdrawal, the body attempts to reach a new state of homeostasis as it rids itself of any lingering chemical influence of the drug in question. This can result in temporary disruptions in brain chemistry and may be accompanied by significant mental and physical health repercussions.

How to know you are experiencing a Xanax Withdrawal?

Xanax withdrawal symptoms vary in severity and typically begin within 24 hours and may last from a few days to a few months. There is no definitive guide to the symptoms, timeline, or severity of Xanax withdrawal. Each individual may experience Xanax withdrawal differently, depending on factors such as:

There are three possible phases for Xanax withdrawals, each with an estimated timeline, they include:

During the early stages of withdrawal, the person may notice the symptoms of the condition that the drug was treating start to return, or rebound. For example, symptoms of anxiety or insomnia may come back or get worse without the drugs. Practices such as Xanax tapering or using other drugs to help ease withdrawal may make early withdrawal symptoms milder and more manageable.

Protracted withdrawal: Although many symptoms subside after the acute withdrawal phase, lingering side effects are possible. Research in the British Journal of Clinical Pharmacology notes that an estimated 10–25% of people who use benzodiazepines for extended periods experience withdrawal symptoms that last for 12 months or longer.

Protracted Xanax withdrawals may cause their own set of symptoms, often called post-acute withdrawal symptoms, or PAWS. These include:

These symptoms may be troubling or affect a person’s quality of life. Some symptoms may appear without warning and can be a significant source of distress.

A person should always withdraw from Xanax under the guidance of a healthcare professional. They should never quit Xanax suddenly without first consulting a professional and developing a plan with them.

How to prevent Xanax withdrawal from happening

Xanax withdrawal can be scary, painful, and life-threatening. Fortunately, there are detox methods that can help prevent you from having any symptoms at all so you can experience a safer, more comfortable recovery.

People who suffer from Xanax addiction can receive medications in drug detox that relieve drug cravings and other withdrawal symptoms. Certain medications can be prescribed as part of medical detox or medication-assisted treatment — the latter of which is combined with counseling and behavioral therapy.

Those who suffer from addiction to prescription drugs like Xanax can be put on tapering schedules to avoid withdrawal. Tapering is when doctors reduce doses of these drugs gradually over a period of time until patients are no longer using these medications. Tapering schedules and medication management are included as part of drug detox.

Supportive counseling and other targeted therapies or medications may help a person manage the symptoms and improve their quality of life. 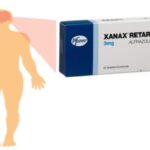 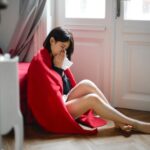 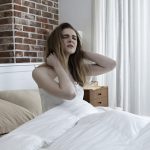 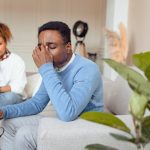 Do You Build Up A Tolerance To Xanax?
<
Tags
Xanax Withdrawal

Can You Shoot Up Xanax?