What are SARMs used for?

Selective Androgen Receptor Modulators or SARMs for short is a novel class of therapeutic compounds that have similar anabolic properties to anabolic steroids, but with reduced androgenic (producing male characteristics) properties. According to a study published in the Journal of Medicinal Chemistry, SARMs potentially represent a step toward a safer class of androgenic drugs. They have “revived an almost dormant search for improved androgens.”

Early clinical studies have demonstrated potential uses for SARMs in the treatment of cancer-related cachexia, benign prostatic hyperplasia, hypogonadism, and breast cancer, with positive results. Recreational users of SARMs may take them in combination with each other on a cyclical basis. They may also practice post-cycle therapy, which involves the use of SERMs in between cycles to help restore hormone balance.

However, to date, all SARMs are for investigational purposes only. They are regulated by the FDA as dietary supplements due to a 1994 legislation known as the Dietary Supplement Health and Education Act (DSHEA), which exempts products classified as dietary supplements from pre-market studies prior to selling to the public.

Who are the most likely set of people to use SARMs recreationally?

Individuals who are most likely to use SARMs recreationally include

Those with physically demanding jobs such as;

Examples of SARMs include ostarine (Enobosarm, MK 2866), andarine, LGD-4033 (ligandrol), and RAD140. SARMs have the potential to be misused for performance enhancement in sport due to their anabolic properties, as well as their ability to stimulate androgen receptors in muscle and bone, leading to bone and muscle growth.

What if my doctor prescribes a SARM for me?

There are no Food and Drug Administration (FDA)-approved SARMs currently available for prescription. All SARMs are investigational drugs, so it is not legal for your doctor to prescribe a SARM. Athletes who would like to participate in clinical trials involving prohibited substances should contact USADA for a Therapeutic Use Exemption (TUE).

Can SARMs be found in dietary supplements?

Currently, there are more than 120 of these products listed on Supplement 411 High-Risk List. Dietary supplements containing SARMs could pose significant health risks to athletes and cause a positive test. Athletes should be aware that SARM ingredients could be listed on dietary supplement product labels under various names.

The following are examples of SARMs that are frequently and illegally marketed in dietary supplements or as research chemicals:

The following prohibited substances are also sometimes marketed as SARMs:

What are the most popular SARMs currently on the market?

What is the number of Adverse Analytical Findings (AAFs) for SARMs?

SARMs were added to the WADA Prohibited List in 2008 and the first AAF with a SARM drug candidate was reported in 2010. Since then, there has been a steady increase in the number of AAFs involving SARMs reported globally. In the U.S., SARMs have been associated with more than 50 sanctions, and globally, SARMs have accounted for more than 230 positive tests since 2012.

What are the side effects of SARMs?

Studies have shown that SARMs can cause some serious side effects which can include:

Healthcare professionals and national regulatory bodies, including the U.S. Food and Drug Administration (FDA) and the U.S. Anti-Doping Agency (USADA), warn against the use of SARMs due to their potential life-threatening side effects.

How much does SARMS cost?

The price of SARMS depends on the type and quality of the SARM. In general, the price of a 30ml vial of SARMs ranges from a high of between $149 to $199 on the black market to as low as $30 to $60 for one month supply (30ml) of a SARM like Ligandrol. 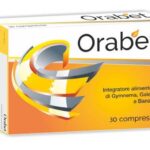 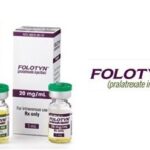 Folotyn: Uses, How it Works, Side Effects, Price, Warnings 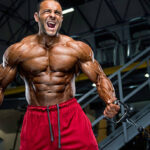 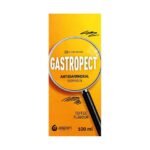 What Drug is the Purple Pill?