Health officials are confirming that rapper Shock G, who was found dead in a Florida hotel in April this year, died from an accidental overdose of fentanyl, alcohol and methamphetamine. Gregory Edward Jacobs, known professionally as Shock G, was an American rapper who was best known as the lead vocalist of the hip hop group Digital Underground.

The findings came from an initial report from theHillsborough County Medical Examiner’s Office, WTSP reported. The 57-year-old producer, whose birth name was Gregory Edward Jacobs, was found dead in a Tampa hotel on April 22.

The rapper-producer, who was the frontman for the 1990s group Digital Underground, had a history of alcohol and drug abuse, according to the medical examiner’s initial case summary report. The final autopsy report is still pending, WTSP reported.

Jacobs was known for his alter-ego, “Humpty Hump” and his work with Tupac Shakur, who appeared in a music video with Digital Underground in the group’s 1990 song, “Humpty Dance,” People reported.

Jacobs was staying at the Vista Inn and Suites in north Tampa and was due to check out on April 22, the Tampa Bay Times reported. When Jacobs had not left his room, the hotel manager went to his room, the newspaper reported.

The manager found Jacobs unconscious on a bed. First responders attempted to revive him but he was pronounced dead, the Times reported.

According to the report by the medical examiner’s office, there were no signs of obvious trauma when Jacobs was discovered, the newspaper reported.

Jacobs moved to Tampa with his parents in 1969 and attended junior high and high school in west-central Florida, WTVT reported. After dropping out of high school, Jacobs returned to attend a junior college in Tampa, the television station reported.

Jacobs also got his start in the music business in Tampa, WTSP reported.

After finishing college, Jacobs moved to Oakland, California, according to Variety.

Shock G and Chopmaster J formed Digital Underground with Kenny K in the late 1980s, Variety reported. The group broke through in 1989 with singles “Doowhutchyalike” and “The Humpty Dance,” the video that featured Shock G in a blubbery, cartoonish voice performing with a fake nose and glasses.

Tupac was briefly a member of the group before the release of his 1991 solo debut. He is featured on “Same Song” from the “This Is an EP Release” EP, Variety reported.

After Digital Underground’s final release in 2008, Jacobs remained active as a producer, working with Dr. Dre, Bobby Brown, Luniz and Murs, Variety reported. He also toured with his hero, George Clinton. Jacobs’ funeral was held May 1 in Tampa, the Times reported. 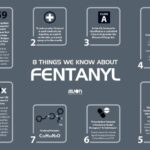 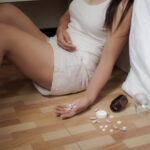 What Is A Drug Overdose?
<
Tags
Report Confirms Rapper Shock G Was Killed By Fentanyl Overdose

What To Do If You Accidentally Took Double Dose Carvedilol

Is Expired Imodium Safe to Take?