According to a news report, a new study has shown that convenience is key when it comes to sticking to a medication regimen, new research shows that combining three heart drugs into one “polypill” slashes the risk of dying from a second heart attack by 33%. Medication compliance refers to the degree or extent of conformity to the recommendations about day-to-day treatment by the provider with respect to the timing, dosage, and frequency.

“The results of the SECURE study show that for the first time that the polypill, which contains aspirin, ramipril [an ACE inhibitor], and atorvastatin [Lipitor], achieves clinically relevant reductions in the recurrent cardiovascular events among people who have recovered from a previous heart attack because of better adherence to this simplified approach with a simple polypill,” said lead researcher Dr. Valentin Fuster. He is director of Mount Sinai Heart and physician-in-chief of Mount Sinai Hospital in New York City.

After a heart attack, patients are typically prescribed three different drugs: an antiplatelet agent (like aspirin); ramipril or another blood pressure drug; and a cholesterol-lowering drug, such as a statin. Unfortunately, less than 50% of patients take their medications as prescribed, the researchers noted.

“Although most patients initially adhere to treatment after an acute event such as an infarction [tissue death], adherence drops off after the first few months. Our goal was to have an impact right from the start, and most of the patients in the study began taking a simple polypill in the first week after having a heart attack,” Fuster said.

For the study, his team randomly assigned nearly 2,500 men and women who had a heart attack to the new drug (Trinomia) or standard therapy. The average age of the participants was 76.

Over three years of follow-up, the researchers found that those taking Trinomia had a 24% lower risk overall of a heart attack, stroke, death from cardiovascular disease or the need to have a procedure to open blocked coronary arteries than patients receiving standard care.

Even more impressive, Trinomia cut the risk of dying from cardiovascular disease by 33%, the researchers noted. Patients taking Trinomia were also more likely to adhere to their medication regimen than those taking three pills.

“The SECURE study findings suggest that the polypill could become an integral element of strategies to prevent recurrent cardiovascular events in patients who have had a heart attack,” Fuster said in a hospital news release. “By simplifying treatment and improving adherence, this approach has the potential to reduce the risk of recurrent cardiovascular disease and death on a global scale.”

The polypill used in the study has not been approved by the U.S. Food and Drug Administration, The New York Times reported, but Fuster said the striking results would be submitted to the agency shortly in an effort to get approval.

The findings were presented Friday at the European Society of Cardiology Congress in Barcelona, and published simultaneously in the New England Journal of Medicine.

“Combination pills are easier for the physician and for the patient, and the data are pretty clear — it translates into a benefit,” Dr. Thomas Wang, chair of the department of internal medicine at UT Southwestern Medical Center, who wrote an editorial accompanying the study, told the Times. “It’s easier to take one pill versus multiple pills, and it’s easier to take them once a day than multiple times a day.” 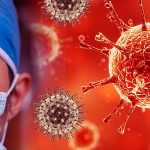 Ivermectin Does Not Help With COVID-19 Recovery Time – New Study 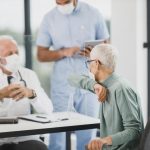 Why Patients are Turning Down Paxlovid and Molnupiravir 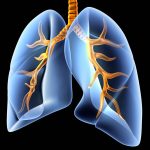 Why is Flucloxacillin Not Used in USA?