Global pharmaceutical giant Johnson & Johnson has confirmed that it has ended its distribution of opioids analgesics in the U.S. when it agreed to a $230 million settlement with New York over its role in the opioid epidemic. The settlement, reached June 26, prohibits the company from promoting opioids through any means and bans lobbying about opioid products at the federal, state and local levels.

According to an article published JAMA the estimated economic costs of the US opioid epidemic topped $1 trillion in 2017, with hard-hit states in the Ohio Valley and the Northeast bearing the highest per capita burdens, according to a pair of CDC analyses.

A staggering loss of life has resulted from the ongoing epidemic: nearly 500 000 people have died from opioid overdoses during the past 20 years. Because many die prematurely, their surviving family members and communities lose out on benefits from an individual’s lifetime earnings. Opioid use disorder also results in costs associated with added health care expenses, criminal justice, lost productivity, and reduced quality of life. In 2017, these costs totaled an estimated $1.02 trillion—54% was attributed to overdose deaths and 46% to opioid use disorder, according to one analysis.

The last time Johnson & Johnson marketed opioids in the U.S. was 2015, and the drugmaker said it discontinued its opioid business in 2020. To resolve claims that it fueled the opioid epidemic, Johnson & Johnson will pay New York $230 million over nine years. It will also pay an additional $30 million in the first year New York’s executive chamber signs into law new legislation to create an opioid settlement fund. 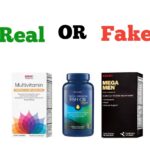