Melatonin, usually referred to as the sleep hormone, is a central part of the body’s sleep-wake cycle. Its production increases with evening darkness, promoting healthy sleep and helping to orient our circadian rhythm. Melatonin sleep aids are growing in popularity, with 3 million Americans using them in 2012, according to a nationwide survey from the Centers for Disease Control and Prevention. If you’re among them or are considering melatonin for sleep, it’s smart to understand exactly how melatonin works.

“Your body produces melatonin naturally. It doesn’t make you sleep, but as melatonin levels rise in the evening it puts you into a state of quiet wakefulness that helps promote sleep,” explains Johns Hopkins sleep expert Luis F. Buenaver, Ph.D., C.B.S.M. “Most people’s bodies produce enough melatonin for sleep on their own. However, there are steps you can take to make the most of your natural melatonin production, or you can try a supplement on a short-term basis if you’re experiencing insomnia, want to overcome jet lag, or are a night owl who needs to get to bed earlier and wake up earlier, such as for work or school.”

Interactions with medicines. As with all dietary supplements, people who are taking medicine should consult their health care providers before using melatonin. In particular, people with epilepsy and those taking blood thinner medications need to be under medical supervision when taking melatonin supplements.

Safety concerns for older people. The 2015 guidelines by the American Academy of Sleep Medicine recommend against melatonin use by people with dementia. Melatonin may stay active in older people longer than in younger people and cause daytime drowsiness.

Is melatonin safe for children?

In addition to issues mentioned above, there are some things to consider regarding melatonin’s safety in children.Melatonin supplements appear to be safe for most children for short-term use, but there aren’t many studies on children and melatonin. Also, there’s little information on the long-term effects of melatonin use in children. Because melatonin is a hormone, it’s possible that melatonin supplements could affect hormonal development, including puberty, menstrual cycles, and overproduction of the hormone prolactin, but we don’t know for sure.

Possible melatonin supplement side effects reported in children have usually been mild and have included:

What are the side effects of melatonin?

The possible long-term side effects of melatonin use are unclear. 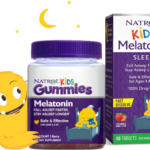 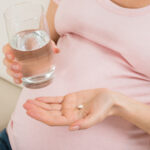 Is Ciprofloxacin Safe During Pregnancy? 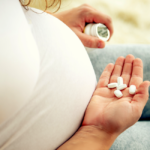 Is Clonazepam (Klonopin) Safe During Pregnancy 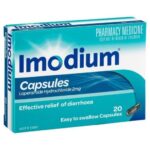 Is Expired Imodium Safe to Take?
<
Tags
Is It Safe To Take Melatonin

How To Become A Drug Safety Specialist

What Are The 5 R's For Medication Safety?