When our body begins to metabolize medication and supplements, different organs process the ingredients before they are finally released into the bloodstream. While the process may sound straightforward, different drugs dissolve at different rates, different formulas, and dosages break down differently – and, everybody’s body metabolizes medication uniquely. These are just a few of the many complexities behind the nature of drug absorption and metabolism.

The vast majority of medications or supplements are taken orally and are broken down within the gastrointestinal tract. Once the medication arrives, it is broken down by stomach acids before it passes through the liver and then enters the bloodstream. Certain medications may stay in the bloodstream longer – it all depends on the dosage and drug family consumed.

There are several factors at play when determining the overall time required for medication to fully digest. The following factors all impact an individual’s sensitivity to and absorption of medication:

Gastric acids may prevent or slow the breakdown of certain medications. Additionally, when a medication is metabolized in the liver, its potency will decrease along with its effectiveness before the medicine reaches the bloodstream.

Creatine is one of your body’s natural sources of energy for muscle contraction. Its name comes from the Greek word for meat. About half of the body’s supply comes from a carnivorous diet and about half is produced in the liver, and kidneys and then delivered to the skeletal muscles for use. About 95% of creatine is stored in the skeletal muscle of your body and is used during physical activity. Creatine helps to maintain a continuous supply of energy to working muscles by keeping production up in working muscles. Small amounts are also found in your heart, brain, and other tissues.

Creatine is also found in foods such as milk, red meat, and seafood. In a normal omnivorous /carnivorous diet, you consume one to two grams/day of creatine. Vegetarians may have lower amounts of creatine in their bodies.

Creatine exists in a steady state with a similar compound named creatinine that can be measured in lab tests as a marker of kidney function. It is passed out of your body in the urine. This means your body must release stored creatine each day to keep normal levels, the amount depending on your muscle mass. Although creatine is created naturally in your body, you must keep up your levels and do so through your daily diet.

Why do people take creatine supplements?

Professional and amateur athletes at all levels have been known to take creatine supplements to aid their workout routines and improve workout recovery. Creatine creates a “quick burst” energy and increased strength, which improves performance but has little effect on aerobic endurance. Most people who use creatine supplements are male athletes and are mostly involved in power sports, such as football, wrestling, hockey, and bodybuilding.

No matter your age or health condition, talk to your doctor or healthcare provider before taking creatine supplements.

Research on creatine use for specific activities and conditions shows:

People who have low levels of creatine — such as vegetarians — appear to benefit most from creatine supplements.

How long does creatine take to work?

Generally, it takes about 7- 8 days before you can experience the full energy effects of most creatine supplements. The time it takes to work also depends on how much creatine you already have in your body. Creatine is naturally produced by your body in your kidneys, liver, and pancreas. On average, you make 1–2 grams of creatine per day, which is stored primarily in your skeletal muscles.

However, some experts recommend that creatine should be taken on a daily basis at 5g per day (1 teaspoon). Because it allows your muscles to become fully saturated on time causing an increased ATP regeneration rate.

How Long Does Creatine Stay In Your System?

•        Amount: The higher the dose of creatine you have been taking, the longer Creatine will take to be removed from your system.

•        Genetics: Genes predispose people to different metabolic functions, which is a key factor in how your body processes medications like creatine, for this reason, your genetic makeup comes into play when estimating how long creatine will remain in your system.

•        Kidney and liver functions: The liver and kidneys eliminate everything you ingest, and creatine is no exception. If your liver or kidneys are damaged, it will most likely take longer for your body to remove the creatine from your system.

•        Metabolism: Your metabolism determines how quickly you process foods, liquids, and drugs such as creatine. If your metabolism is slow, it will take longer for your body to process and eliminate creatine from its system than for someone with a fast metabolism.

Creatine has an average biological half-life of 3.85 hours. This half-life is prolonged in renal patients and becomes 77 hours when renal function decreases to 5% of normal. About 94 to 97% of a drug will have been eliminated after 4 to 5 half-lives. Thus, it follows that after 4 to 5 half-lives, the plasma concentrations of a given drug will be below a clinically relevant concentration and thus will be considered eliminated.

This means that creatine will clear out of a person’s system within 1 day (approximately 20 hours). However, some studies suggest that the metabolites of the drug can stay in your body for up to 5 days after the last use but the elimination may vary based on multiple factors including the presence of contaminants usually found in some creatine supplements.

Creatinine is removed from the blood chiefly by the kidneys, primarily by glomerular filtration, but also by proximal tubular secretion. Little or no tubular reabsorption of creatinine occurs. If the filtration in the kidney is deficient, blood creatinine concentrations rise.

Can creatine be detected in a drug test?

Yes, although creatine is not usually screened for in drug tests, it can be detected in drug tests that specifically include it as part of the panel of drugs being tested. It’s typically detectable in body fluids approximately 1 to 3 days after it’s taken.

Studies recommend that urine samples used in drug-abuse testing should be tested for creatinine; if creatinine is less than 4.0 mmol/L, negative results for drugs may not be valid.

Is creatine a banned substance?

No, creatine is not a prohibited substance in sports even though it has performance-boosting effects. However, according to the NCAA, creatine is among the impermissible Nutritional Supplements that NCAA member institutions may not provide to student-athletes.

Does the use of creatine damage your body?

•          So far, no long-term side effects have been observed in athletes (up to 5 years), infants with creatine synthesis deficiency (up to 3 years), or in clinical patient populations (up to 5 years)

•          The International Society of Sports Nutrition (2007) examined the literature on creatine use and concluded “In conjunction with short- and long-term studies in healthy populations, this evidence suggests that creatine supplementation appears to be safe when taken within recommended usage guidelines.”

Creatine is safe when taken within recommended usage guidelines (i.e. 3-5 grams of creatine monohydrate per day).

You May Find Useful information on Does Dry Scooping Pre Workout Cause Heart Attack? 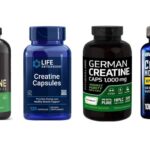 What Happens When You Stop Taking Creatine? 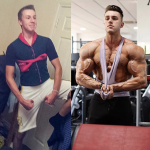 Do You Lose Size When You Stop Taking Creatine? 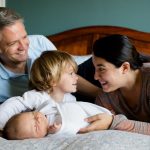 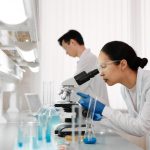 How Long Does Nyquil Last After A Dose?