Melatonin is a natural hormone that is produced by the pineal gland in the brain and then released into the bloodstream. Darkness prompts the pineal gland to start producing melatonin while light causes that production to stop. As a result, melatonin helps regulate circadian rhythm and synchronize our sleep-wake cycle with night and day. In doing so, it facilitates a transition to sleep and promotes consistent, quality rest.

Melatonin created within the body is known as endogenous melatonin, but the hormone can also be produced externally. Exogenous melatonin is normally made synthetically in a laboratory and, as a dietary supplement, it is most often sold as a pill, capsule, chewable, or liquid.

Melatonin supplements are taken to adjust the body’s internal clock. Melatonin is most commonly used for insomnia and improving sleep in different conditions. For example, it is used for jet lag, for adjusting sleep-wake cycles in people whose daily work schedule changes (shift-work disorder), and for helping people establish a day and night cycle.

How does melatonin work?

Melatonin acts on regions of the brain that are active when a person is not engaged in a specific mental or physical task. The collective term for these regions is the default mode network (DMN). Melatonin promotes sleep through its effects on the DMN.

How long does it take for melatonin to work?

Generally, it takes about 30 min to 1 hour for the effects of melatonin to kick in and for the medication to begin to work because your body absorbs melatonin rapidly. Most melatonin supplements are released into the bloodstream immediately after taking them. However, some formulations are designed for extended-release. This means small amounts of melatonin enter the bloodstream over time. Time-released melatonin is intended to mimic the body’s natural production of melatonin, which occurs throughout the night.

Can I take 20 mg of melatonin at night?

According to the official answer provided by drugs.com, melatonin is likely safe when taken at recommended doses, typically 1-20mg, for up to three months. Melatonin is not regulated by the FDA in the US and is often sold as a dietary supplement and has not been subjected to the same safety or efficacy requirements as a medicine.

There are no regulated manufacturing standards for dietary supplements and some have been found to be contaminated with toxic metals or other drugs. It is recommended you purchase Melatonin from a reliable source to minimize your risk.

Some animal studies have linked melatonin to depression, reproductive and immunological issues but there have been no long-term safety studies in humans to replicate this. There is little or no evidence of any major toxicities with melatonin, even at high doses. Common side effects include drowsiness, headache, depression, and nausea. 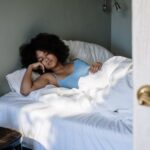 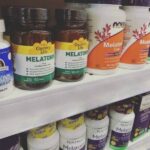 Can You Take Expired Melatonin? 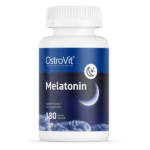 Is It Safe To Take Melatonin?
<
Tags
Can I Take 20mg Of Melatonin

How Many Aleve (Naproxen) Can I Take?

What Can I Take For A Headache While Pregnant?