Albuterol is a prescription drug used to treat or prevent bronchospasm, which is tightening and swelling of the muscles around the airways. It’s used in people with asthma (reversible obstructive airway disease). It’s also used to prevent exercise-induced bronchospasm.

Albuterol belongs to a class of drugs called beta2-adrenergic agonist bronchodilators. This drug helps to relax the airway muscles for up to 6–12 hours. This helps you breathe more easily.

To help treat asthma symptoms, albuterol may be taken as part of a combination therapy with inhaled corticosteroids, long-acting beta-agonists, and bronchodilators.

Budesonide is a corticosteroid or steroid (cortisone-like medicine). It works by preventing inflammation (swelling) in the lungs, which makes the asthma attack less severe. Inhaled budesonide may be used with other asthma medicines such as bronchodilators, which are also used to open up narrowed breathing passages in the lungs.

Budesonide is used to help prevent the symptoms of asthma. When used regularly every day, inhaled budesonide decreases the number and severity of asthma attacks. However, it will not relieve an asthma attack that has already started.

Can I Mix Albuterol And Budesonide In The Nebulizer?

Yes, you can mix albuterol and budesonide according to the prescribing information for Pulmicort® a brand of budesonide inhalation suspensions.  A 2013 review in the Cochrane Database of Systematic Reviews concluded that people who used combination inhalers were less likely to be hospitalized or need emergency room visits than those who used two different inhalers and were less likely to need stronger oral steroids in the future.

However, you should not mix albuterol and budesonide in the nebulizer without discussing it with your doctor. Drug interaction and reactions can be fatal. Tracking symptoms and side effects and adjusting your treatment accordingly is key to keeping your asthma symptoms under control. With your doctor or other health care providers, write a detailed plan for taking long-term control medications and for managing an asthma attack. Then follow your plan.

Albuterol inhalation suspension can interact with other medications, vitamins, or herbs you may be taking. An interaction is when a substance changes the way a drug works. This can be harmful or prevent the drug from working well. 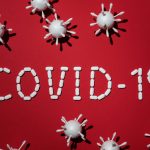 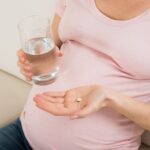 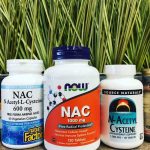 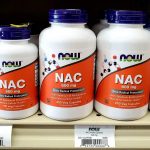 Are NAC Supplements Banned?
<
Tags
Can I Mix Albuterol And Budesonide In The Nebulizer

Can You Put Hydrogen Peroxide In Your Ear?