Trichotillomania, also known as TTM is a mental disorder in which people feel an overwhelming need to pull out their own hair. Research suggests that 0.5 to 2 percent of people have TTM. During childhood many people who experience trichotillomania will focus on pulling out the hair on their scalp, often focusing on just one or two areas; however, people with TTM do not always limit hair pulling to the scalp. They may pull hair from other areas like the eyebrows, eyelashes, or any other area on their body that has hair. Over time, this can lead to bald spots and thinning hair.

Trichotillomania usually develops during the adolescent years, but it’s been known to appear in young children, too. Once it starts, it can continue for several years, continuing through adulthood. It affects males and females equally in childhood but can affect females more often during adulthood.

From individual vitamins and minerals to blends of nutrients and herbs, there are numerous supplement products on the market that claim to provide specific health benefits in the management of trichotillomania.

However, due to limited regulation in the supplement industry, it’s not always clear which supplements are high quality, nor which are a waste of your money or even potentially dangerous.

This guide covers all you need to know about what supplements are best for trichotillomania are and how to choose a safe and high-quality product.

The following supplements have been found to be useful in the management of trichotillomania:

N-acetylcysteine: According to a 2013 review of studies one of the best supplements for trichotillomania is N-acetylcysteine (NAC) a dietary supplement derived from the amino acid L-cysteine and commonly used as an antidote for acetaminophen overdose.

There is a growing use of NAC in mental disorders including addiction, compulsive and grooming disorders, schizophrenia, and bipolar disorder. N-acetylcysteine has shown promising results in populations with these disorders, including those in whom treatment efficacy has previously been limited.

N-acetylcysteine supplements are safe and well-tolerated without any considerable adverse effects. Current evidence supports its use as an adjunctive therapy clinically for psychiatric conditions like trichotillomania, administered concomitantly with existing medications, with a recommended dosage between 2000 and 2400 mg/day but you may have to look beyond common brands to get the best NAC supplement for trichotillomania.

Melatonin: Melatonin is a common dietary supplement that has gained widespread popularity around the globe. Though renowned as a natural sleep aid, it also has powerful effects on other aspects of your health.

Studies indicate that there is a close link between light and melatonin in the regulation of the sleep-wake cycle which suggests a possible role for treatment with exogenous melatonin and/or light therapy in patients with obsessive-compulsive disorder (OCD). Furthermore, research has also shown that those with obsessive-compulsive disorder have higher-than-normal rates of insomnia.

Taking melatonin supplements has been reported to help treat sleep disorders which increase treatment efficacy, mitigate relapse, and protect against the onset of co-morbid psychiatric illnesses in OCD patients. Melatonin can be taken in doses of 0.5–10 mg per day. However, because not all melatonin supplements are the same, it’s best to stick to the recommended dosage on the label to avoid adverse side effects.

Natural Olanzapine alternatives:  Studies have shown that olanzapine an antipsychotic medication primarily acting on the dopamine system is a useful medication in the management of trichotillomania. Natural alternatives such as omega-3s supplements have also been proposed to alleviate or prevent other psychiatric conditions including schizophrenia, borderline personality disorder, obsessive-compulsive disorder, and attention deficit disorder.

Another important dimension to note is that when Vitamin B12 and folate supplements are combined, they enhance the production of serotonin and dopamine and help alleviate or prevent the symptoms of trichotillomania. The two vitamins both play important roles in regulating and maintaining a good mental health state.

If you are suffering from trichotillomania and plan on using supplements, you should discuss them with your doctor before using them to treat trichotillomania. Supplements can interact with your current drugs and cause adverse reactions. They can also decrease the effectiveness or affect the way your medications work. 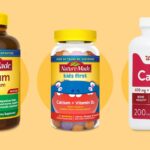 How Calcium Supplements Affect Your Medications 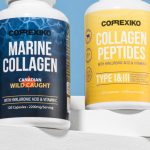 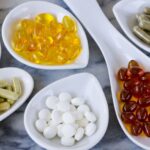 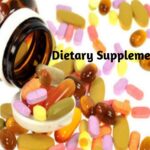