OxyContin is a brand of Oxycodone, an opioid medication in a class of medications called opiate (narcotic) analgesics. It works by changing the way the brain and nervous system respond to pain. OxyContin is used to relieve moderate to severe pain. Oxycodone extended-release tablets and extended-release capsules are used to relieve severe pain in people who are expected to need pain medication around the clock for a long time and who cannot be treated with other medications.

People who misuse OxyContin use the medicine in amounts or ways that are not prescribed or intended. They can either crush the tablet and ingest or snort it, or they dilute it in water and inject it. Crushing or diluting the tablet disarms the timed-release action of the medication, but crushing OxyContin in this way can give the user a potentially fatal dose.

In 2010, the FDA approved a new formulation of OxyContin to prevent such tampering. The drugmaker, Purdue Pharma LP, made changes so that breaking up the tablet does not immediately release oxycodone. Also, if someone attempts to dissolve these new tablets for syringe injection, the liquid becomes gummy.

Despite these measures, the FDA continues to admit that abuse and misuse of OxyContin remain possible. Further, there is an increase in OxyContin abusers who are turning to heroin because it is a significantly lower-cost opioid.

According to a 2013 study, nearly 80% of American heroin users reported misusing prescription opioids like OxyContin and Vicodin before they were introduced to the illicit street drug. Some of the street names for OxyContin include Oxy, O.C., Cotton, kickers, Ox, OCs, beans, rushbo, Orange County, killer, and hillbilly heroin. It is frequently mispronounced and misspelled as “oxycotton.”

How long does it take to become addicted to OxyContin?

Physical dependency begins anywhere from 1-4 weeks after the person first begins to take regular doses of OxyContin. While the intensity of the body’s dependency will vary from person to person, the basic concept remains the same, as prolonged use of Percocet conditions the body to rely on the drug to function.

When dependent on OxyContin, a person simultaneously has greater cravings for the drug while building up a tolerance to its effects. This can lead to abuse of the quantity or dosing method — smoking, snorting or injecting instead of oral indigestion — both of which are major characteristics of addiction.

Once a dependence on oxycodone has developed, quitting the drug will result in uncomfortable, and potentially painful, withdrawal symptoms. Some people relapse during oxycodone withdrawal because the symptoms are too intense. Others continue using oxycodone just to feel “normal” and avoid withdrawal.

What are the signs and symptoms of addiction to Oxycontin?

The following are descriptions of each of the 11 signs and symptoms of addiction to Oxycontin:

•          A significant portion of the individual’s life is dedicated to getting OxyContin, using it, and/or recovering from its effects.

•          As a direct result of the  OxyContin use, the individual cannot adequately fulfill obligations tied to home life, work, school, or recreational activities, such as playing on a sports team.

•          The individual continues to use OxyContin even though there are negative outcomes on one’s relationships.

•          Despite the fact that the OxyContin use is putting the individual in dangerous situations, such as driving while drugged, the use continues.

•          Even though the OxyContin use is causing or worsening psychological or physical issues, the use continues.

•          The individual develops a tolerance to OxyContin.

•          When the individual reduces their regular level of OxyContin intake, or stops using it completely, withdrawal symptoms emerge. 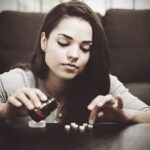 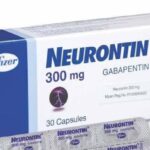 Gabapentin: How it Works, Uses, Side Effects, High 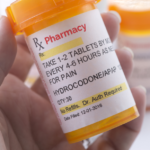 Can I Use Chloramphenicol When Breastfeeding?