Anesket injection is a prescription medication used alone or together with other medicines to produce loss of consciousness before and during surgery or a medical procedure. It belongs to the group of medicines called general anesthetics. Anesthesia enables a patient to tolerate surgical procedures that would otherwise inflict unbearable pain, potentiate extreme physiologic exacerbations, and result in unpleasant memories.

It’s not clear exactly how Anesket works, but it’s known that all anaesthetics stop the nerves from passing signals to the brain. This means you do not feel anything. Anesket is given only by or under the immediate supervision of a medical doctor trained to use it. If you will be receiving Anesket during surgery, your doctor or anesthesiologist will give you the medicine and closely follow your progress.

How long does it take for Anesket to work?

The onset of action of Anesket hydrochloride is rapid; an intravenous dose of 2 mg/kg (1 mg/lb) of body weight usually produces surgical anesthesia within 30 seconds after injection, with the anesthetic effect usually lasting five to ten minutes. If a longer effect is desired, additional increments can be administered intravenously or intramuscularly to maintain anesthesia without producing significant cumulative effects.

Intramuscular doses, in a range of 9 to 13 mg/kg (4 to 6 mg/lb) usually produce surgical anesthesia within 3 to 4 minutes following injection, with the anesthetic effect usually lasting 12 to 25 minutes.

Anesket has been reported being used as a drug of abuse. Reports suggest that Anesket produces a variety of symptoms including, but not limited to anxiety, dysphoria, disorientation, insomnia, flashbacks, hallucinations, and psychotic episodes. Anesket dependence and tolerance are possible following prolonged administration.

A withdrawal syndrome with psychotic features has been described following discontinuation of long-term Anesket use. Therefore, Anesket should be prescribed and administered with caution.

What are the possible side effects of Anesket?

Get emergency medical help if you have any of these signs of an allergic reaction: hives; difficult breathing; swelling of your face, lips, tongue, or throat.

You should not receive Anesket if you are allergic to it, or if you have untreated or uncontrolled hypertension (high blood pressure).

Before you receive Anesket, tell your doctor if you have heart disease, high blood pressure, a history of alcoholism, or if you recently drank large amounts of alcohol.

Anesket may be harmful to an unborn baby. Tell your doctor if you are pregnant.

You may feel strange or slightly confused when you first come out of anesthesia. Tell your caregivers if these feelings are severe or unpleasant. It may take you longer to recover from anesthesia with Anesket if you have recently used a barbiturate (Butisol, Mebaral, Seconal, Nembutal, Solfoton, and others) or narcotic medication (Vicodin, Dilaudid, OxyContin, Percocet, Actiq, Duragesic, Methadose, Dolophine, Kadian, MS Contin, and others).

This medication may impair your thinking or reactions. You will probably not be allowed to drive yourself home after your surgery or medical procedure. Avoid driving or operating machinery for at least 24 hours after you have received Anesket.

Call your doctor at once if you have a serious side effect such as slow heart rate, weak or shallow breathing, feeling like you might pass out, pain or burning when you urinate, or jerky muscle movements that may look like convulsions.

This medication can also cause the following effects:

Cardiovascular: Blood pressure and pulse rate are frequently elevated following administration of Anesket hydrochloride alone. However, hypotension and bradycardia have been observed. Arrhythmia has also occurred.

Eye: Diplopia and nystagmus have been noted following Anesket hydrochloride administration. It also may cause a slight elevation in intraocular pressure measurement.

Genitourinary: Severe irritative and inflammatory urinary tract and bladder symptoms including cystitis have been reported in individuals with history of chronic Anesket use or abuse.

Neurological: In some patients, enhanced skeletal muscle tone may be manifested by tonic and clonic movements sometimes resembling seizures.

Gastrointestinal: Anorexia, nausea and vomiting have been observed; however, this is not usually severe and allows the great majority of patients to take liquids by mouth shortly after regaining consciousness.

General: Anaphylaxis, Local pain and exanthema at the injection site have infrequently been reported. Transient erythema and/or morbilliform rash have also been reported. 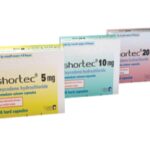 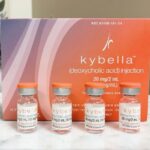 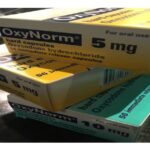